The Next Step is Open Source
×

The Next Step is Open Source 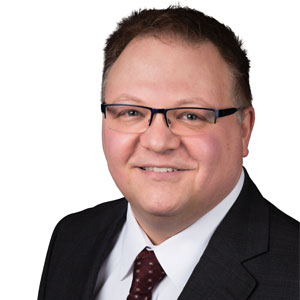 Governments at all levels are moving to embrace open data, where governments share public data proactively with citizens. Open data can be used, reused, mixed, and shared by anyone.

Governments at all levels have recognized that open data feeds citizen engagement. By sharing data in a way that encourages citizens to remix and transform open data to provide new insights, governments and citizens move closer together. According to the Open Data Barometer, many municipalities already provide open data for geographic information, transportation, trade, health, and education, with a mix of other open data sets. Those governments that do not yet provide an open data portal are likely working to provide one.

"Governments at all levels are moving to embrace open data, where governments share public data proactively with citizens"

Some government agencies are already moving to an open source model, and that is good. In August 2016, US Chief Information Officer Tony Scott and US Chief Acquisitions Officer Anne Rung issued instructions for federal departments and agencies “to release at least 20 percent of new custom-developed code as Open Source Software (OSS) for three years.” In support of this directive, the US Government established an open source portal at Code.gov to share government source code under the Creative Commons Zero (CC0) and other open source software licenses. Via the open source portal, users can download open source projects, toolkits, installer profiles, online forms, JavaScript widgets, and other code samples.

The challenge we face in moving to government open source is not technical, but cultural. Many governments have relied on proprietary or “closed source” software for decades. Through the lens of these government IT departments, all software is proprietary. This view often extends to software that is custom-developed by municipalities.

It will take a culture shift for governments to release their source code for public access. But governments faced that same culture shift in moving to open data, and we overcame that cultural inertia. We can do the same with open source.

The benefits to adopting a government open source model are many. Like open data, government open source will provide additional transparency to citizens. Users will be free to investigate the source code, and re-use it for other purposes. Motivated citizen developers may modify the source code to fix bugs or add new features, and contribute those improvements back to the government. This last example is the ideal model, providing a feedback loop of engagement where the government partners with its citizens to improve services.

I believe the next iteration from open data is open source. I encourage government Chief Information Officers at all levels to investigate how software created by government application development teams can be made available to outside users. Use the US open source portal as a model to set goals and measure progress. Finally, establish relationships with partners most likely to engage in government open source, including local universities and businesses.

The Evolving Face of the Corrections Industry

Covid-19 Is Accelerating Digital Transformation in The Public Sector